We first featured this post from Dr Philippa Smith in 2013 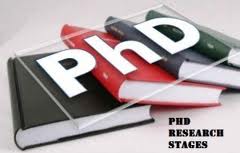 Last year I was part of a panel at the AUT writers’ retreat in Long Bay where we were asked to provide personal perspectives on our recent PhD experiences. One question asked was one I had not really pondered before: “when did you know you had finished your thesis?”.  My immediate answer was…  “at least three times!”.  Everyone laughed – not because they necessarily thought I was being funny – but, I suspect, because they too knew exactly what I was talking about. Getting to the end of that PhD road is not an easy journey and there are plenty of twists and turns along the way. Just when you think you are almost there, or that you have finally cracked it – something surfaces and you “just ain’t there yet!”.

When I do take time to reflect on my PhD experience, I know that I went through stages, rather than times, in believing that I had finished. I describe these stages in the following ways:

I believe that there must be a condition known as  “post-thesis depression” when, although you have finished (technically), you don’t really feel an elated sense of accomplishment.  Even on the day of my graduation, I still felt apprehensive as to whether I had really achieved what I had so desperately wanted.

In reality that pinnacle of the PhD journey had, in my eyes, not yet been reached. However all was to change the moment I walked onto the stage at the Auckland Town Hall for graduation last December. From the corner of my eye I saw my primary supervisor and other AUT staff members I knew well, stand up and applaud.  I will never forget when the Pro-Chancellor Lex Henry shook my hand, smiled and spoke the words:  “Dr Philippa Smith – Congratulations!” that  I suddenly felt this overwhelming sense of achievement. That acknowledgement by the people I looked up to at AUT, and by my family cheering in the audience –  that was the moment when I  truly knew that I had finished. In my heart of hearts I realised that I had achieved something incredibly worthwhile and this time I really believed it.