There are certain times in our life when we need to have a difficult conversation with someone and it can be hard to know how to approach that conversation, especially if it is your supervisor.

A recent survey of 1100 people in the workplace (Jones, 2016) showed that almost 66% of respondents were more likely to go out of their way to make the other person feel comfortable when having a difficult conversation. A high proportion of the respondents (81%) acknowledged that there are multiple perspectives when viewing a difficult situation. The survey also showed that nearly 66% of respondents conceded that they played a role in creating an uncomfortable situation. Therefore, more often than not, taking a combative approach is probably not a good idea.  However, this survey also showed that only 46% of the respondents felt satisfied with the outcome of the conversation if it was with a superior compared to 75% of the managers feeling satisfied with the outcome if it was with a direct report. 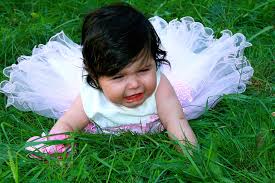 Calm down yourself down before your meeting.

So, what steps* can we take to ensure that we have a more productive conversation and a positive outcome?

Following these steps will give you some skills to help you manage a difficult conversation and to achieve an outcome that both parties can accept.

Jones, K. (2016, April 11) Difficult Conversations: The work conversations we dread the most, according to research. Harvard Business Review Digital Articles. Retrieved from https://hbr.org/2016/04/the-work-conversations-we-dread-the-most-according-to-research

Robyn Kannemeyer was the Researcher Development Coordinator at AUT from October 2016 to the beginning of March 2017. She has an MSc in biosecurity and conservation and is taking up a role at Landcare Research as an Environmental Social Scientist. She is passionate about conserving New Zealand’s unique biodiversity and recently returned from travelling through South Africa, Botswana, Namibia and Tanzania where she climbed Mt Kilimanjaro.
See all posts by Robyn Kannemeyer