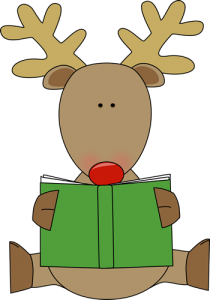 When I tell non-academics that I’m getting my PhD, they almost always make one assumption. They figure that a PhD is the most advanced form of education there is, and that I must therefore be very well-informed. True, I am clued-up about one super-specific niche field; but outside that, I’m just an ordinary person with major gaps in my knowledge.

Yet, I keep getting invited to join pub quiz teams because people assume I’ll be an asset. It’s a bit awkward, to be honest. I sit there, sheepishly unable to answer any geography or sports questions, waiting patiently for the day when the quizmasters ask a multi-choice question about the philosophical underpinnings of genetic engineering storylines in contemporary novels (it’s never happened, but when it does, I’ll be so ready).

In an effort to earn the reputation of a ‘wise academic’ and become a little better-rounded, I’ve been doing some reading outside my immediate field. Here’s a list of the most accessible and informative books I’ve found for picking up a respectable level of knowledge in different subject areas. You might like to read one or two over the Christmas break.

Dr Goldacre is a bad science debunker. He writes about the various ways in which scientific research fails to be genuinely informative, whether that research is poorly conducted, badly communicated, or (as is very common) skewed by the media. Reading Ben Goldacre is like taking a masterclass in research integrity – you learn what goes wrong, and you pick up a great sense of how things should go right.

The Elegant Universe: Superstrings, Hidden Dimensions, and the Quest for the Ultimate Theory by Brian Greene (1999)

String theory can be a bit of a brain-cooker, if you (like me) went through your science education being told that everything is composed of particles. String theorists revise that notion to argue that, if you look on an even smaller scale, all matter is composed of tiny vibrating ‘strings.’ Confused yet? Professor Greene illustrates the theory with real-world examples that will have you wondering what on earth quantum physicists will think of next.

This book expertly blends history and science to provide fresh explanations for why human societies have developed so differently in different places. The short answer is: geography. Diamond argues that Eurasian people became economically powerful not because of their own characteristics, but because of the features of their home continent – particularly biodiversity, food sources, and opportunities for trade and migration. A fascinating look at how pure dumb circumstances have completely shaped human history. 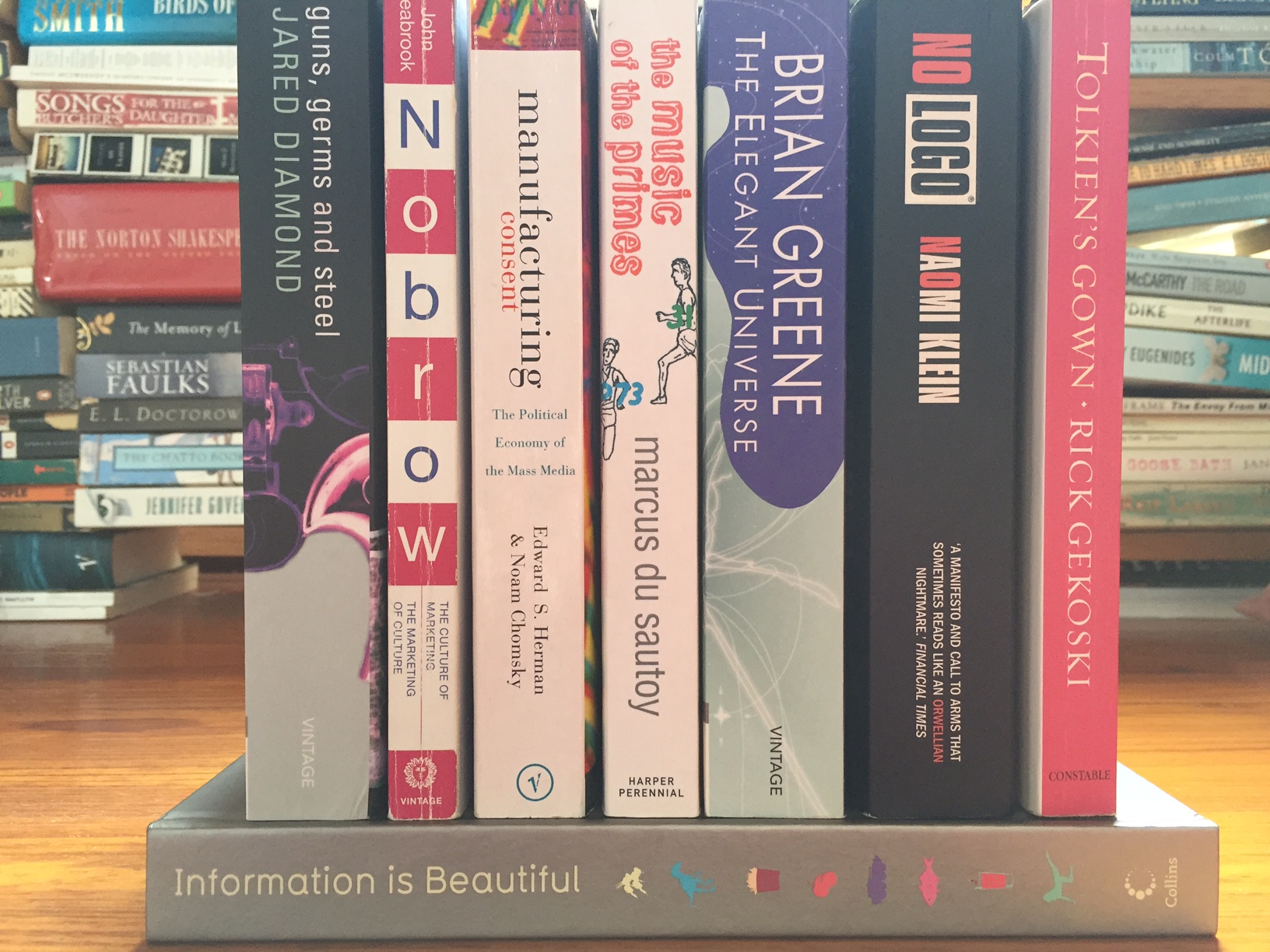 The Music of the Primes by Marcus du Sautoy (2003)

The golden ratio is a number – 1.6180339887 – that appears over and over again throughout nature and human endeavour. Drawn graphically, it looks like a nautilus shell; and it turns up in the human cochlear, architecture, goats’ horns, flower petals, pinecones, hurricanes, Da Vinci’s artworks, galaxies, and many other places. Mathematical curiosity, or random coincidence? Read to find out.

A very fun collection of behind-the-scenes anecdotes about the publication of some of the great classic books of the 20th century. Part history of the modern book trade, part literary gossip rag, all delightful.

Nobrow: The Culture of Marketing, the Marketing of Culture by John Seabrook (2001)

It used to be that cultural artefacts were deemed either ‘highbrow’ (worthy, sophisticated) or ‘lowbrow’ (unworthy, populist). Nobrow argues that the lines are blurring as culture is commercialised. With many forms of art now turned into money-making enterprises, the traditional roles of art – bringing people together, creating dialogue, provoking thought – are happening in new and different ways.

This is now a modern classic, and for good reason. The concept of media as propaganda is something people often associate with totalitarian regimes wherein the media is directly controlled by the government. But this book argues that, even in a supposedly free democracy, the media displays a bias that supports the status quo. This happens because the media mustn’t rock the boat if it wants to survive – it needs the approval of corporate owners, advertisers, and government power players who act as sources of information. Thus the media is incentivised to subtly support the powerful, thereby ‘manufacturing consent’ for existing systems of power among its consumers.

No Logo: Taking Aim at the Brand Bullies by Naomi Klein (1999)

If you’ve ever rolled your eyes at a Coca-Cola ad that seems to have little to do with carbonated beverages, you might like No Logo. In her book, Klein explores how mega-brands have changed the landscape of capitalism so that consumers’ choices are limited, and workers’ rights are eroded. She also looks at some of the ‘jamming’ initiatives that have popped up in protest of our mega-brand culture.

Capital in the Twenty-First Century by Thomas Piketty (2013)

Piketty caused an absolute storm (and a publishing sensation) by arguing that inequality is a fundamental component of capitalism, and that the concentration of wealth is inevitable without state intervention. It was only interrupted in the twentieth century, he claims, because of major events like world wars and economic depressions. Left uncorrected, capitalism will only result in the rich getting richer and more powerful. If you followed the Occupy movements of the last few years, this book is a great explanation for how the 1% is created and sustained.

Freakonomics: A Rogue Economist Explores the Hidden Side of Everything by Steven D. Levitt and Stephen J. Dubner (2005)

This is possibly one of the most popular books ever written by an academic. In it, economist Levitt and journalist Dubner apply economic principles and research methods to social problems. If you’ve ever wondered how to catch a cheating sumo wrestler, or evaluate the incomes of drug dealers, then this is the book for you. It’s sort of like a data mining manual for the lay reader.

Information is Beautiful by David McCandless (2009)

Prepare to get lost in this book for weeks; then prepare to lose more weeks, because it also has a sequel. McCandless is the master of the infographic. His books contain all sorts of interesting sets of data displayed as gorgeous illustrations that will both inform you and take your breath away.

Do you have any favourite titles not listed here? Tell us in the comments!