As we saw in last week’s posts, the jobs of thesis student and thesis supervisor can both be full of exciting and exhausting highs and lows. Can you even imagine doing both jobs at the same time?

Although it’s not a common scenario, it does happen. For academic staff members who are doing their PhDs, it is possible to be both a supervisor and a supervisee simultaneously. I sat down with PhD student and Research Fellow Eric Helms to hear what it’s like to wear both hats.

NB. This conversation has been edited for length and clarity, with Eric’s consent.

Anaise: Tell me first of all – what are your roles? 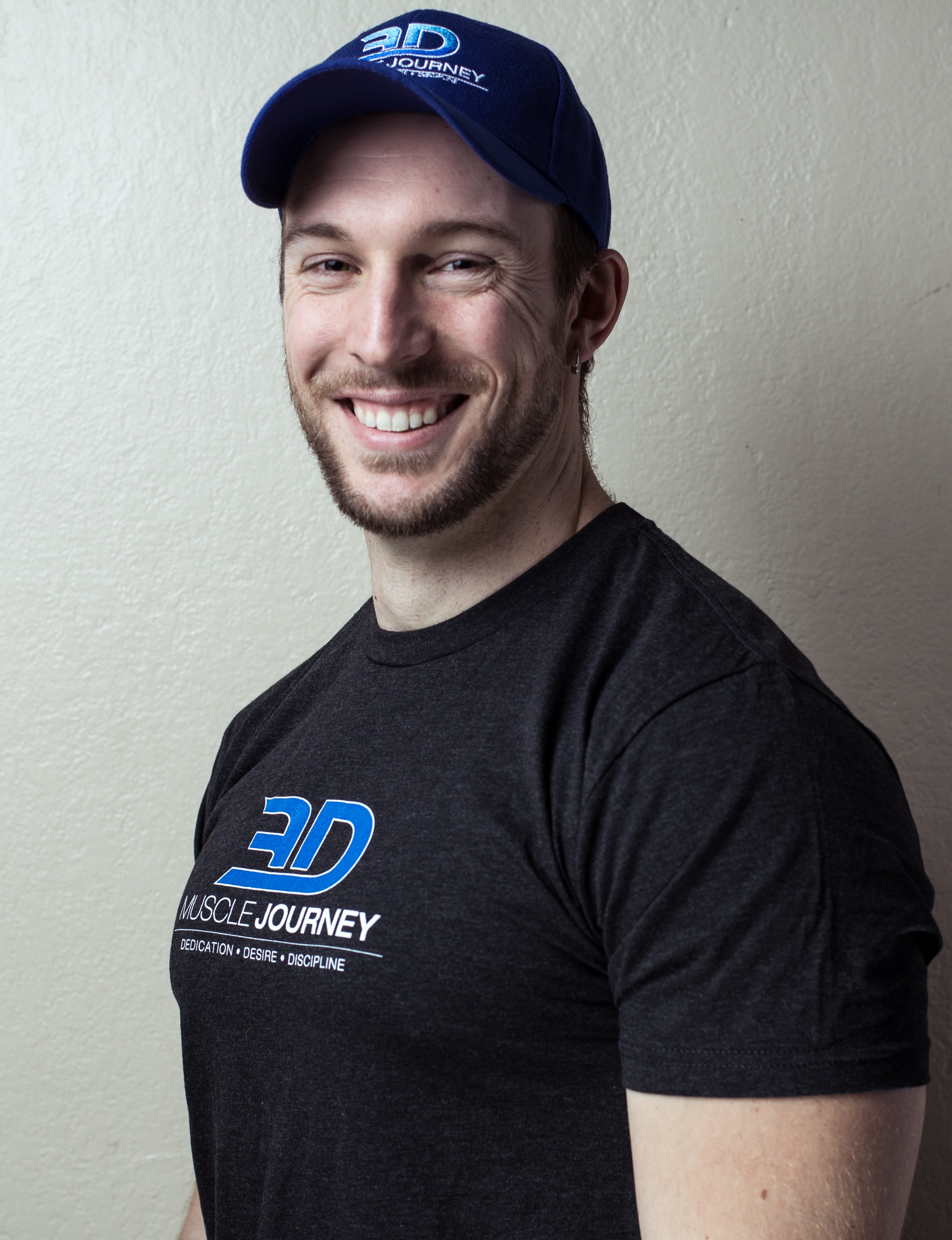 Eric: I’m about to defend my PhD, and I started recently as a Research Fellow at SPRINZ (the Sports Performance Research Institute New Zealand). It’s just a 0.2 [part-time] role for me, but part of that is producing research. One of the easiest, most constructive ways to do that in my opinion is to take on students.

I’ve been involved in a number of projects; twice as a supervisor. One supervision was unofficial – I say that because I did all the work a supervisor would do, but there were some administrative issues with deciding whether they wanted PhD students in our department to be supervisors. I had actually supervised before, but we got pushed back at the faculty level; they were concerned that too many students were doing that and it could be interfering with our PhDs. I don’t think you want PhD students to go into academia having no supervision experience; I don’t think that makes sense.

What have you learned from supervising while being supervised?

I think the biggest thing I realised is that there’s not enough clear setting of expectations going both ways, and this often results in students being hung out to dry; or at least feeling like it, from their perspective. Either they had a false expectation of how much contact to expect from their supervisors, or the expectation was never set in the first place.

From the side of the supervisors, I don’t think enough value is put into the supervision agreement. I acted for a couple of years as the SPRINZ student rep, so I got to talk to a lot of students. I’d say it was the exception when someone didn’t have at least one bad supervision experience – which I thought was too much.

The problem is the power dynamic, I think. Even when you do have that supervision agreement, there’s not great recourse for the student to do anything when the agreement is broken. I think it’s awkward for a student to go to a second or third supervisor about the behaviour of the primary. Anyone who’s gone through the process of a PhD knows that probably the most important thing is for the team to work well together. You don’t want to start creating a culture where your supervisors are like divorced parents, which I’ve seen happen, unfortunately.

I feel for the students who are stuck between a rock and a hard place there; who think that it could harm their academic career if they rock the boat. I’ve talked students through this; I’ve said “trust me: three years of suffering is going to be worse than a three hour conversation that sucks.”

Especially because PhD students have often invested so much of their lives by the time a problem becomes apparent.

Yes, the consequences are very high.

It’s like having a few hats, and deciding when you put on each one. I draw on my experience as a strength & conditioning coach and an athlete. The way I interact with an athlete, versus outside of that coaching environment, is different. It’s a balance between objectivity and emotional support, when you’re a supervisor. I’m a senior leadership advisor to you [the student], but you’re the boss in many ways. I’m trying to give someone the best advice, but in the end, they get to make the final decision about how their research will go, as they should become the expert on their topic.

It’s about finding that right balance of when to let someone fly and when to hold them back without clipping their wings, because they don’t have the experience. I think that’s been informed by my own experience as a student. As a student, you learn that: “oh wow, in the end I’m actually in charge here! I need their advice, but I shouldn’t be “following orders” from my supervisor!” I think it took me the majority of my Masters to really wrap my head around the fact that in the end, it was my journey and I was in charge.

I’m not a different person as a student and supervisor; but as a supervisor, I really try to emphasise that this is your project, and if we can do it your way, we will. But there are times when you don’t have a way yet, and that’s when I can possibly help.

It’s interesting that you talk about the Masters as a stepping stone to understanding the postgrad experience. If you come straight from undergrad, where you’re used to submitting assignments and being graded, it’s difficult to understand that you’re now producing knowledge. Do you have a way of guiding new postgrads through that understanding?

As a supervisor, you are doing some teaching; although it’s probably closer to mentoring. So much of that is building foundation and understanding of concepts, and it moves closer to critical thinking. Once someone writes their first chapter, and comes back completely destroyed, that’s the quintessential postgrad experience. I think there’s a time and a place to rewrite something, and there’s a time and a place to ask the question: what are you trying to say here? What are you thinking?

I will do a lot of leading by example. I might rewrite a chunk, and encourage the student to notice the wording, notice the organisation; then apply the same concepts to the rest. It’s a combination of seeing what the output is, combined with more conceptual conversations in person. The whole purpose of postgrad is to move from task completion to critical thinking. I think a lot of it comes down to modelling.

When you supervise very freshly off your own PhD, or during your PhD, you understand what’s on the other side. Can you talk about how your supervision might differ from that you’ve seen modelled by more senior academics?

I have been fortunate in that the supervisor I’ve had throughout my Masters and PhD supervised very well. What I’ve seen with other students that’s different is that there’s not enough explicit stating of boundaries and expectations.

I haven’t seen a lot of [more experienced] supervisors who emphasise not only completing the supervision agreement, but defining what it means. It’s a lack of structure. Supervisors are reactive; but if you’re going to be reactive, you have to be responsive. I don’t know if it’s because they are overdrawn, or if it’s just a complete lack of expectations, but I’ve seen supervisors who don’t do anything except respond to emails.

I think the major difference I have is that I work very hard to set expectations. What do you think you’re getting into with me as a supervisor? How much time do you need from me? Here’s what I can realistically give you. If you feel you’re not getting enough out of me, you need to feel that you can comfortably bring that up with me. I try to preempt the power imbalance that might prevent someone from bringing up an issue.

Can you talk a little bit about the role of a supervisor in socialising someone into the academic world? Was that achieved for you? How do you achieve that for your own students?

Strength and conditioning research is a unique animal in that it’s so close to the application and the field itself; SPRINZ is just one floor down from the headquarters of HPSNZ (High Performance Sport New Zealand), so it’s very common for someone in HPSNZ to have their Masters or PhD from downstairs! So it’s an interconnected environment.

There’s a lot of international students, so there’s a socialisation issue in terms of the academic environment, but there’s also the fact that many students have left their entire life to come and do a PhD. I’ll Skype with potential students from Canada or the US [Eric’s home country] and explain to them the experience I’ve had.

What was done for me was just being introduced to people, and to the resources that are available. A big part of it is just helping people to network; being the bridge to other people who might have a mutually beneficial relationship with them. As someone who’s just creeping into the academic field myself, it’s easier to teach someone: ‘hey, here’s how you break in!’

New Zealand is a little easier, just because people aren’t very hierarchical. No-one’s going to let you call them ‘Dr’ more than once. It’s easy to get your foot in the door. But someone does need to facilitate that, and that’s a big part of what I do.

You mentioned hierarchies; when you’re supervising as part of a team, where there are varying levels of experience, do you find that you’re treated a little differently because you’re still a student yourself?

I’ve always been treated with respect. I’ve been in the field before I was an academic, so I’ve got some street cred. I was seen, before I’d even gotten into the PhD, as someone who knew what I was talking about in my field. But I’d done very little research, and being a good practitioner is useful, but it’s not the same thing as being an experienced researcher. I felt I had a good balance of being respected for what I do know, but also having people complement me and not expecting more of me than I knew.