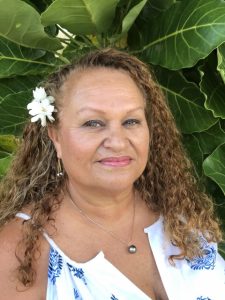 AUT’s Professor Tania Ka‘ai is the Director of Te Ipukarea, the National Māori Language Institute, and Te Whare o Rongomaurikura, The International Centre for Language Revitalisation. She works on projects – and supervises postgraduate projects – that preserve and promote Te Reo Māori and Pacific languages. She also partners with researchers all over the world who work to revitalise other endangered languages.

I sat down with her to talk about how postgraduate research can contribute respectfully and meaningfully to the preservation of languages.

Why do research on an endangered language?

Endangered languages are languages that are in decline or at risk of being lost. They are sometimes spoken by just a handful of people, and when those people pass away, there is a real risk of their language dying with them. The loss of a language means the loss of cultural richness; of part of humankind’s history; and of a linguistic heritage for the community. “There are sad stories of some communities where there are only ten speakers [of a language], all over 65-70,” Professor Ka‘ai says. “So they are looking for inspiration and hope to help save their language.”

Researchers are in a unique position to be able to help. With our ability to document, analyse, and publish, and the resources of a university behind us, we can bring attention to endangered languages and create resources for their preservation. Using your research to preserve a language can give your work immense impact and truly change lives in the community you work with. “This research is not just about gaining an academic credential; it’s really about inspiring communities who are suffering language loss, and giving them hope that someone might pick this up,” Professor Ka‘ai notes. “It’s transformational change for a community and with a community. The PhD is like a bonus.”

So you want your research to contribute to revitalising a language – where do you start? Professor Ka‘ai suggests that you get involved with a community that speaks the language very early in the project. “The best advice that we can give is to actively seek out a community from the outset, so that you’re working with them on your journey… that’s really important because they become the source of the stories [and] the questions that need asking in terms of interviews.” By engaging the community early, you can also seek the community’s ideas and input so that your research serves their priorities for their language. This early engagement also helps to build good relationships between researchers and the community.

Balancing the academic and the personal

When research is so deeply entwined with something as personal as language and cultural identity, it can be challenging to write in a way that respects both the personal and the academic aspects of the research. You might be writing about your own language; your own culture and heritage. How can you do that in a way that is both authentic and acceptable for a thesis? Professor Ka‘ai emphasises that the personal is a part of the research; that personal and academic content can be woven together in a variety of ways like the DNA Helix model. The weave can be like “a kumara kete which uses very wide harakeke (flax) and allows the air through, to something like a ʻie tōga, which in Samoa is a very finely woven mat.”

This starts right from the research methodology. “I think, for us in the Māori and Pacific worlds, we have indigenous methodologies that have helped to broker that divide. We have things like the Rangihau ideological model, the pūrākau method, which is a storytelling method, similar to narrative enquiry. So they are there; these methodologies are there in the Western world, you just have to find them and then be brave enough to adopt them.”

Professor Ka‘ai also advocates telling the reader directly about your approach to integrating your personal and scholarly selves in the writing. “You have to explain in detail from the outset. We often use a preface to explain to the reader– it’s also for examiners as well – the parameters of the research; it is a way to frame the way in which the thesis has been written. If you say things right up front, that helps to frame the research. Then you can use the ‘I’ in there.” Professor Ka‘ai also emphasises that the supervisor should guide postgraduate students about the balance of academic and personal content. “As a supervisor, it’s up to me to make sure that the voice doesn’t overwhelm, or is too heavily weighted and there’s not enough substance to the research. To look at the balance and the flow.”

Engaging with indigenous communities and languages as an outsider

What if the research is not personal to your own cultural background? Can you involve an indigenous community or an endangered language in your research if you are not a member of that community? Professor Ka‘ai’s take is that “there’s no hard yes or no dividing lines; the ultimate is that indigenous communities are the primary beneficiaries of their knowledge, that they can lead this.”

This is not to say that non-indigenous people can’t make a contribution, though. “There’s always an exception. People like the late John Moorfield, who grew up in a Māori community and was nurtured by Māori icons, who learnt the language, and who didn’t then assume a leadership role in that community, but worked with icons to support the growth of the language and culture.”

Sometimes your research might not focus on endangered languages or indigenous communities, but your participants may come from those communities. In that case, Professor Ka‘ai suggests carefully choosing your supervisory team to include someone who can guide you. “You do need to have the experience and knowledge of those who work in this area. The team approach is really important.”

Gifting back to the community

If a community has contributed to your research, it is important that you give back to that community. “The gifting of the thesis itself is important,” Professor Ka‘ai says, though she notes that this can be a soft-bound copy or links to an online version as hard-bound copies are expensive! But Professor Ka‘ai endorses the idea of gifting beyond the thesis as well. “Often, as much as we try, academic writing can be kind of overwhelming! So [communicate through] the verbal, with colour and images, and [say] how the research can be applied.”

The notion of gifting is about acknowledging the part that the community has played in constructing new knowledge with you through your research. They have gifted their time to you, so giving back to that community is about taking the time to serve that community in return. Professor Ka‘ai suggests “mentoring others through the university, or [giving] talks at a high school or a community where you might provide incentive for people to go on and study… there’s different ways of gifting knowledge that is not necessarily a tangible thing.”

As Professor Ka‘ai puts it: “researchers have an important message to say: don’t stop speaking the language from where you come from.”