It’s easy to think of diversity in terms of nice neat categories: ethnicity, gender, sexuality, age, religion… But nobody can be reduced to one simple characteristic. Everybody has an ethnicity, and a gender, and a sexuality, and an age, and a set of beliefs.

Many in the social sciences have embraced the concept of “intersectionality.” Intersectionality theory acknowledges multiplicity; it recognises the interplay of gender, ethnicity, sexuality, and (increasingly) other characteristics.

The concept of intersectionality emerged in the 1960s, originally to account for the experiences of African American women who were largely excluded from feminist discourse. Black feminist scholars argued that their experience was not a simple addition of female experience + black experience. Being black and female in combination was something else entirely, and more than the sum of female-plus-black.

This is quite a revolutionary idea in that it breaks open population binaries. Rather than thinking in terms of male/female, white/black, gay/straight, religious/non-religious, and so on, intersectionality demands that we understand the unique interplay of social dynamics upon individuals who can never fit only one social classification. 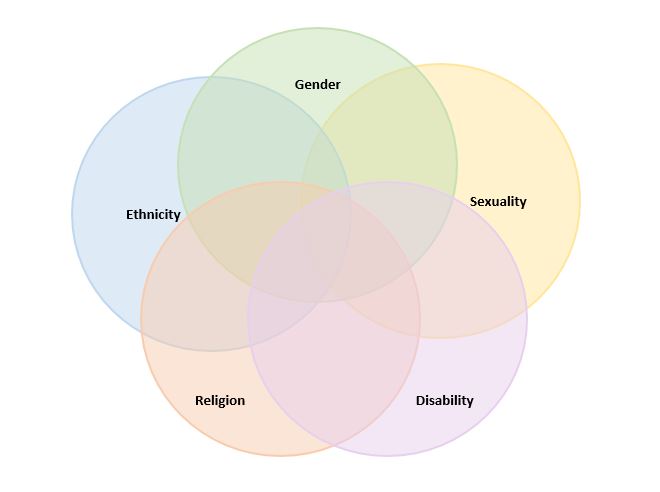 The concept of intersectionality has been applied in research contexts to describe and examine all kinds of intermingling social processes, particularly forms of oppression.

Social scientists use intersectionality theory to avoid tarring all people in a group with the same brush. Rather than assuming that all transsexual people share the same experience, or that all Buddhist people are treated identically, researchers should understand multiplicity in the construction of identity and in the politics of oppression.

If you’d like to read more about how to incorporate intersectionality theory into your research, try starting with these readings:

You can also connect with colleagues who work with intersectionality theory. Here at AUT, we have a Gender and Diversity Research Group co-ordinated by Professor Judith Pringle. Some members are active in intersectionality research, so get in touch with the group to find out more.